I’ve been shaving since I was 15 or 16.  I’m now 28 and this Christmas I learned that there is another way to shave.  You don’t have to use the “normal” disposable head type razors, or expensive electrics.  The “safety razor” still exists.  Until Christmas, I didn’t even know what a safety razor was, I would have guessed that’s what they use to call disposables.  My brother, Isaac, gifted me a safety razor and an assortment of goodies to go with it (blades, aftershave, soap, brush, etc).  Well, it’s the best shave I’ve ever had.  Why these safety razors went out of style years ago, I will never know.  But I do know I will probably use one for the rest of my shaving life.  I’ve never had as close of a shave as I do now.  It doesn’t take any longer than “regular” shaving, and I feel cleaner afterward.  Plus, it’s cheaper to boot!

I’ve long thought that the bazillion-blade razors were ridiculous and that an apt cut could be had with even a single cutting edge, now I know for sure.  Guys, do yourself a favor and try out a safety razor – you won’t regret it. 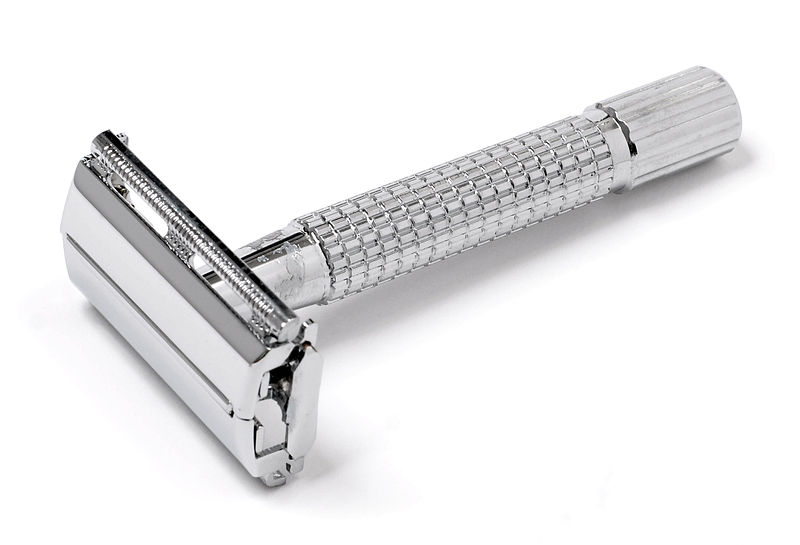 This entry was posted in Home and Homestead, Personal. Bookmark the permalink.