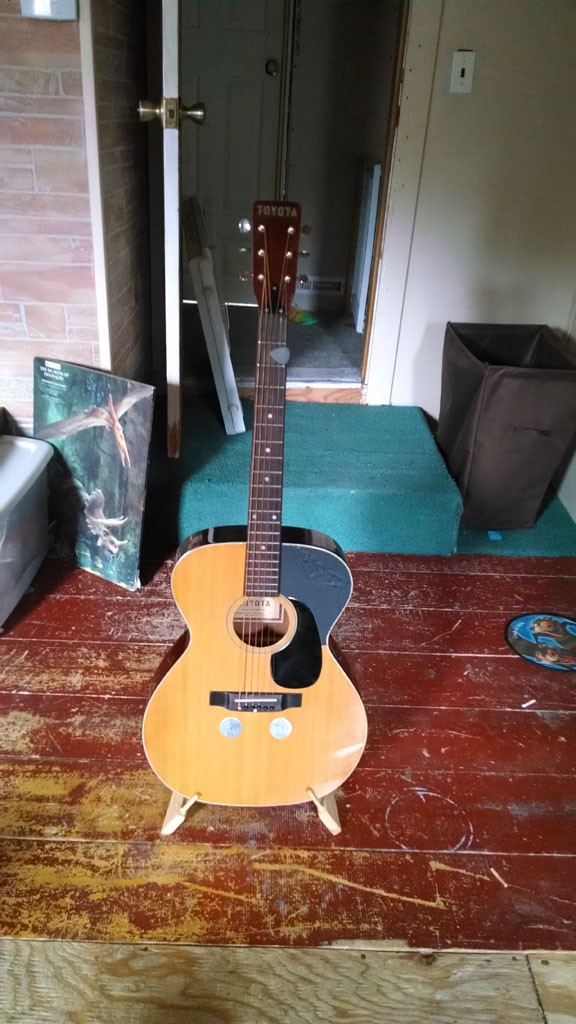 My mid 1970’s Toyota acoustic guitar. Notice the fender washers below the bridge, showing how I repaired the bulging top.

I now have two acoustic guitars, a mid 1970’s Toyota and an early 1970’s Harmony Stella.  They are both inexpensively made guitars and both were given to me.  The Toyota while in high school and just recently, the Harmony.  They were also both trying to blow themselves up for a while.

When I received the Toyota, it had a whole in the top of the guitar, to the right side of the sound hole.  Well, it technically had a sticker over the hole.  I played it like that for a few years, then eventually upgraded the sticker.  Then decided to patch the hole.  I used tissue paper and Elmer’s glue.  Then I painted the quadrant black.  After a few more years of playing the Toyota, the top started literally pulling right off the guitar, bulging up more than a half inch.  At that point I added two aluminum binding posts to pull it back together, with fender washers on the back side of the guitar.  This repair fixed the issue and I still play the guitar on a fairly regular basis, 8 years later.

My early 1970’s Harmony Stella acoustic guitar. Just as free as my Toyota and also needing work. All fixed and playing well now.

The Harmony came to me almost unplayable.  It needed a neck reset as the action was more than 1/3 of an inch!  I used a saw to cut the neck heel and then bolted it back together.  The top of the guitar under the fretboard overhang was sunk in a lot too, so I made a bolster from a dowel and glued that in.  It is now ugly, but playable.  Even with the super thick “C” shape neck and poor fretwork, this guitar actually has pretty good tone – I was very pleasantly surprised.

This shows how I cut and then bolted the neck back in place. 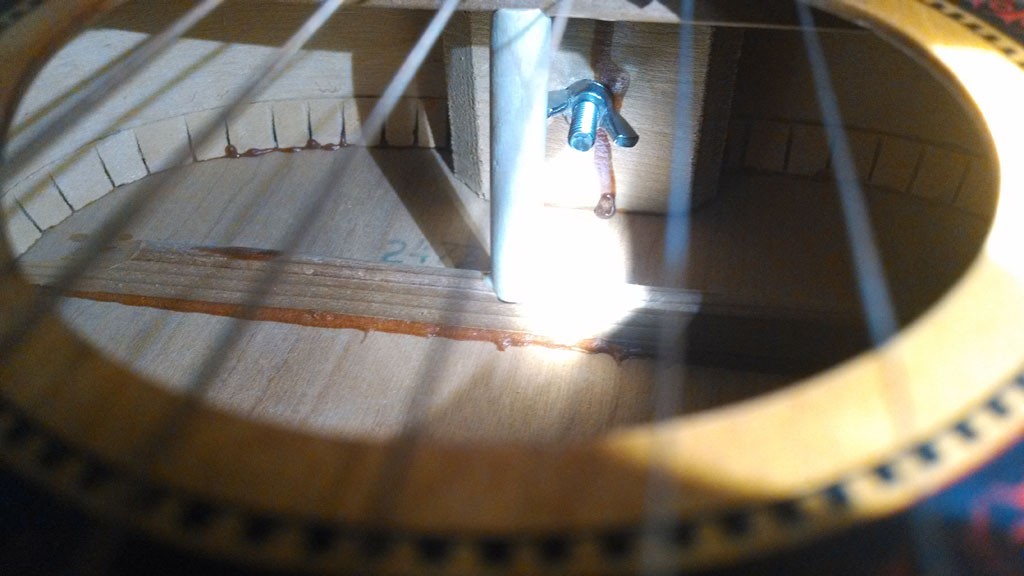 Interior shot showing the brace as well as the wing nut on the neck bolt.

This entry was posted in Hobbies, Music, Personal, Upgrade. Bookmark the permalink.