The perfect bike for me

I’ll start by saying this, my brother has told me before that I “do more research on a tape measure than the average person does when buying a new car.”  While this is probably true (in fact, I’ve looked into it and I think it is), I don’t find any problem with it.

I’ve been interested in motorcycles for years now and despite never owning a street-legal one (I did have a project ’82 Yamaha XS400 for a couple years that never made it on the road), I know a good deal about bikes.  I also know what I like in a bike, at least as far as styling and tech specs are concerned.  I’m a big fan of the “standard” style bikes.  Things like the British bikes of the 50’s and 60’s as well as the Japanese UJM’s that were popular during the 70’s and 80’s.  I want a bike capable of comfortably holding 60mph all day long, top speed of at least 75mph and ideally returning at least 70mpg.  I’m a huge fan of the air cooled parallel twin if not for anything else than I love the look and sound of them.  The perfect bike for me would utilize an air cooled 400cc fuel injected twin with a 5 speed transmission, chain drive and alloy wheels all mounted on a lightweight standard style frame netting a top speed of 85mph and consuming a measly 75mpg.  So far as I know, such a beast does not exist.  So, today we look at the two bikes that come closest.  Oddly enough, both are of British origin and both run fuel injected air cooled engines. 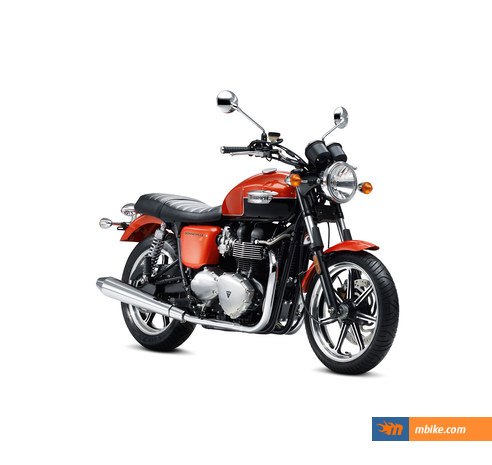 Cons:
* Less mpg than I’d like (average seems to be 50mpg)
* More expensive than I’d like even though many are now made in Thailand – you still pay “Made in the UK” dollars with MSRP of  $8,699 in the USA

Pros:
* Single cylinder reliability (half as many moving parts as a twin)
* Super mpg averaging 75mpg for most individuals
* Good looking basic bike
* Comes with a kick starter alongside the electric start!
* Hand made in India (a very interesting country with a bright future ahead of itself)
* Cheap way to get a really cool bike, MSRP of $5,995 in USA

Cons:
* Wire spoked wheels requiring tubes in the tires
* Single cylinder engine (sound isn’t at all as cool as a twin)
* Quality control seems to be an issue on some bikes, although dealer and company support is said to be excellent

Due to these reasons I believe the G5 makes much more sense for me if I was to be looking at a new bike.  However, either one would make an excellent steed.

This entry was posted in Motorcycles. Bookmark the permalink.